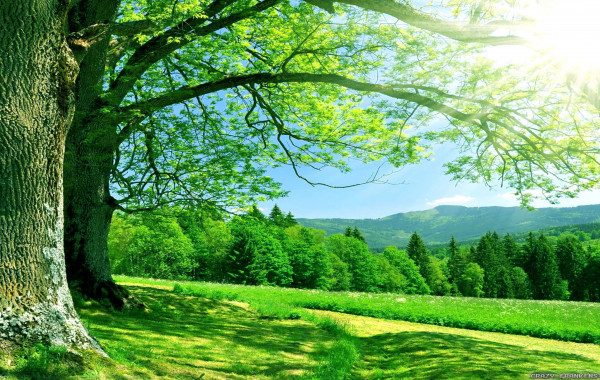 Sitting under that big oak tree in your backyard, the tree provides back support and shade. It’s a place to rest in the summer months, a place of refuge. Entertainment eludes from its branches as you listen to the birds sing and watch the squirrels rustle. And as you take a deep breath, clean air fills your lungs. The tree is providing you with services, free of charge.

Even though clean air is free, it is worth something.

“We have to come up with a whole new way of thinking about our place on the planet and what we hope to do if, in fact, we want to create a sustainable and desirable future,” says Dr. Robert Costanza. As Professor of University of Maryland’s Center for Environmental Science, Costanza was the first to estimate the worldwide value of ecosystem services.

Clean air is worth something, arguably a lot. Costanza’s 1997 publication in Nature prompted economists to place value on such services. And perhaps if we know the true value of an ecosystem, then we can make better decisions.

Clean air is worth something. The tricky part is figuring exactly how much that something is, in the form that people care about: dollars and cents.

Each method is slightly different and warrants different numbers. Yet, the idea remains the same. Nature is worth something, and it is a lot.

Wetlands provide services we don’t even see. They trap nutrients in soils, reduce greenhouse gas emissions, and purify water. They are a home to a long list of critters. “You’ve got your birds, soils, amphibians, fish, a lot of things like dragonflies and butterflies, [wetlands] just have everything,” says Tom Bernthal, Wetland Monitoring and Assessment Coordinator at Wisconsin DNR.

Bernthal has dedicated his career to wetlands. “I like [wetlands] because I like to do things that the rest of the world doesn’t already know about. And then once you get into them, into the better-quality wetlands, they’re just really cool.”

Wetlands provide more services than almost any other ecosystem. Globally, the annual value of swamps and floodplain wetlands is estimated at over $25,000 per acre. In the Midwest, a similar analysis found wetland value to be over $1.6 million per acre each year. These two estimates differ based on which services were considered. The more services, like clean air, the economist considers, then the higher the value.

In both studies, the economic value of wetlands was higher than that of any other inland land cover type. Even higher than forests.

Of course, not every wetland shares the same price tag.

“Being smarter at how we restore wetlands is, in part, to spend the most money on the projects that are going to give the most bang for their buck,” says Bernthal. “I think it’s important to demonstrate the value of the ecosystem services that wetlands, in general, are providing… But when you say an individual wetland, that’s when I get a little nervous.”

Assigning a monetary value to a specific wetland can be extremely subjective. If trying to argue for the protection of the Waubesa Wetlands, it’s very difficult to put value on things like aesthetic beauty or peace and tranquility. These things matter, but somethings can’t always be considered. Clean air may be valued higher than watching a squirrel, but by how much?

“It’s much easier to assess the costs than the benefits.” No matter the number, “you’re vulnerable to criticism by the opposing side,” warns Bernthal.

Rather than arguing over exact dollars and cents, ecosystem valuation should be considered one tool in the toolshed. “Nothing on its own is going to be sufficient,” says Bernthal.

No matter the number, clean air is worth something. And that something is a lot.